Adventures in Multicultural Living: We gain so much from wading in the water of each other's cultural experiences - AnnArbor.com 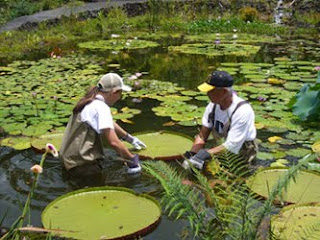 Two years ago, my father’s choir at the University of Hawaii was invited to sing at a big international diversity concert at Lincoln Center in New York for MLK Day. Choirs from around the world had been invited to sing together, and a Hawaiian choir adds instant diversity with its multicultural population of Chinese, Japanese, Korean, Filipino, Portuguese, Caucasians and native Hawaiians. That summer, over a breakfast of Chinese pancakes and Portuguese sausage, my father told us about the difficulties he had had the night before at choir practice pronouncing the words in the spirituals that they were learning, “You have to say the words like a Negro,” he said.

Twelve-year-old Hao Hao gently corrected him: “African American. These days you should say African American.” (I bet Senator Reid wishes his grandchildren had told him this, too.) (click on link for more)

We gain so much from wading in the water of each other's cultural experiences - AnnArbor.com
Posted by Frances Kai-Hwa Wang at Sunday, January 24, 2010